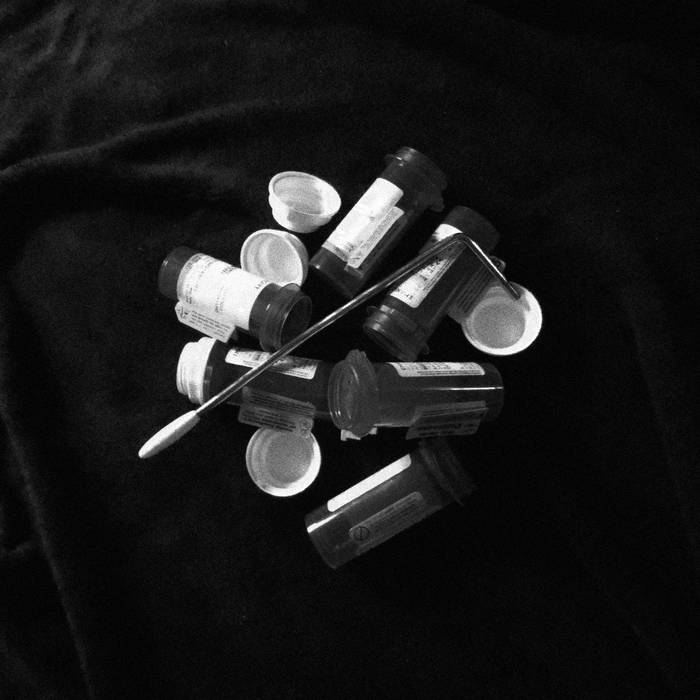 drowse is the musical pseudonym of Kyle Bates; a Portland, OR based musician who has spent time in various noise rock and metal bands including Sloths. drowse crafts introverted and cloud covered songscapes inspired by a diverse range of artists such as Duster, Mount Eerie, Slowdive, Weakling, Oneohtrix Point Never and Grouper. drowse released his narcotic debut EP songs to sleep on in December 2013 with a sound to celebrating dark music in all its forms. songs to sleep on was accompanied by a graphic memoir titled 'A Little Pink Pill...' detailing Bates' near-suicide and subsequent year of medication.

soon asleep is drowse's 6-song next development, placing a greater focus on songwriting, the album translates the woozy affects of prescription drugs into sound. The recordings capture processed guitars and synthesizers swallowing each other, detuned, fading drums, wolves, bottles, and kids vying for auditory space and Bates' voice (amongst others) suspended atop it all, whispering in your ear. The haze is alive and it wants to overtake you.

soon asleep addresses forms of self-imposed seclusion, absurd rumination, and the spaces in between dreams and life. The album is accompanied by a short memoir titled 'Mnemonic' which expands the narrative of 'A Little Pink Pill...', but does not serve as its conclusion. Bates' textual work exists as another wormhole into the nightmarish yet lucid realm from where drowse's sonic reflections prevail, swarm and overtake.